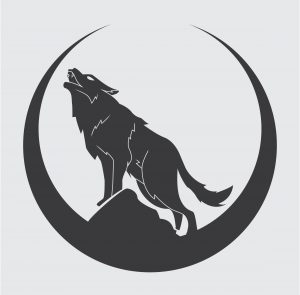 This week, I want to talk about the Rangers. The JTF Rangers are the special operations arm of the TriSystems Joint Task Forces – a neutral body comprised of soldiers and civilians from across the Three Systems that act as a combination of UN Peacekeepers and the Coast Guard. They are tasked with handling anything that stretches beyond the purview of a specific world’s government. This can include handling inter-colony trafficking or drugs or people, combatting piracy, or even serving as security for a dignitary where a planetary government might have a conflict of interest.

But enough about organizational structures, I want to talk about the Rangers themselves. Each Ranger is empathically bonded to unique animal – the Umbra Wolf. Wolf and Ranger form a two-man team that that can be combined into fireteams, and even squads and companies. Umbra Wolves get their name because of their fur’s ability to act as a broad-spectrum meta-lens. That’s a fancy way of saying they are mostly invisible. Instead they appear as a hazy, dog-shaped blur that made them ideal ambush predators on their homeworld. In a specific wavelength of polarized light, standard issue on most JTF ships, the wolves’ lensing is overridden and the animals appear black. I’m going to talk more about Umbra Wolves next week but suffice to say that the wolf is so much a part of the Rangers’ identity, that it even appears on their unit badge – a wolf on a promontory, surrounded by a crescent moon.

The other important thing to remember is that the wolfbond, as it is called, creates a sense of shared presence between Wolf and Ranger that lasts until death. Breaking the bond can have catastrophic effects on both bondmates. This emotional connection particularly resonates when Rangers lose their hearts to another. Most Rangers are quick to consider their wolf’s opinion in choosing a romantic partner, and some have been known to break off a relationship if the wolf didn’t care for the other person. After all, as the Rangers say, “friendships may come and go but the pack is eternal.