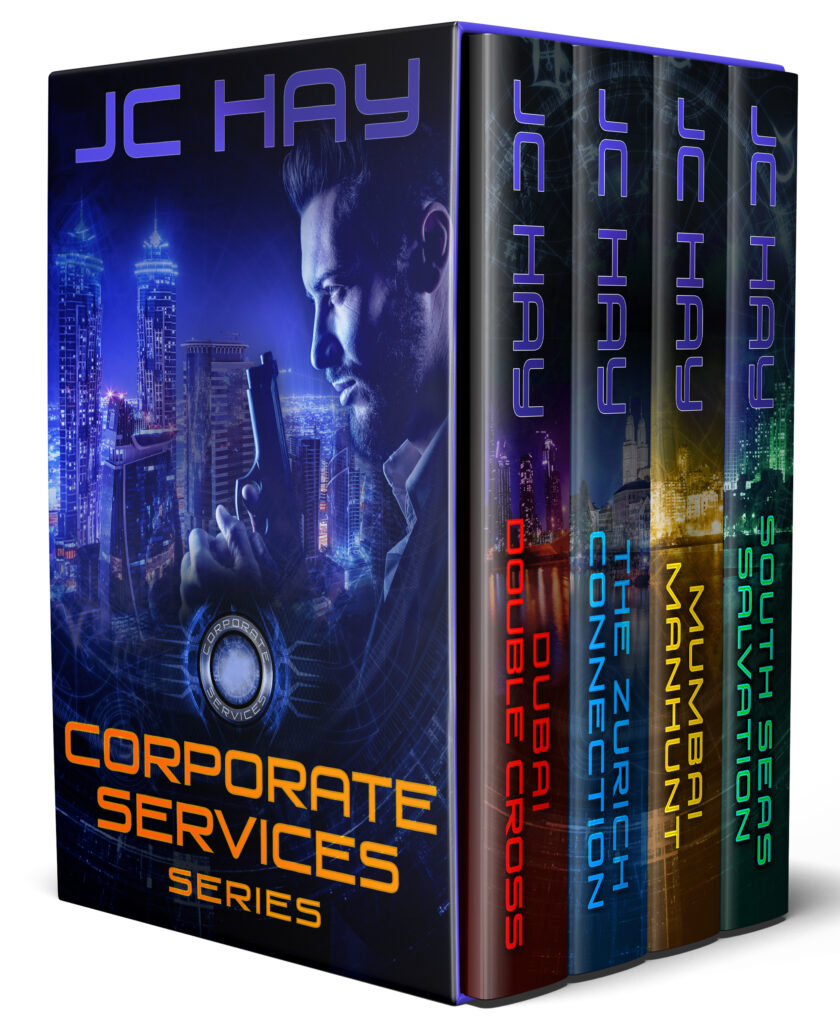 Part of the Corporate Services series:

The first three books in the award-winning Corporate Services series, collected together with a previously unavailable short story:

Elise is looking for an exit. Too many years as a top-talent thief in the digital shadows have whittled away her patience and her humanity. She's not looking for complications, but with one more job, she'll finally have enough money to leave the life for good.

Na'im does what he must to survive. Whether it's selling his body to the corporate glitterati, or going on the run when things get bad – but even a survivor can be caught off guard, and his boss's murder has left him with no one to trust but a thief with her own agenda.

Together, they're on the run trying to figure out who framed them both and stay one step ahead of the murderer who's close behind. Trust is a rare commodity for accidental lovers, but in a dark future where everything can be upgraded and emotions can be programmed, sometimes all that can keep you human is your heart.

In this previously exclusive short story, Elise and Na'im face a new challenge to their budding relationship when they attempt a high-profile heist to learn more about Na'im's hidden programming. The secrets, lies, and ghosts that they face could combine to bring them closer together, or drive them apart forever.

Joshi's hunt is at an end - All he needs is one more successful mission, and he can retire a free man. But he never expected his target to be a ghost from his past.

Netta is done hiding. She always expected the corporations would send someone. She just never expected it to be the one person she'd ever trusted.

Forced into flight, with a legendary assassin in pursuit, is not the time to rekindle old flames. But the heart knows what it wants, and with time running out, they will either survive together or die alone

Yashilla lives in her head. She'd much prefer the digital realities that she controls like a maestro to the messy one outside her door. And the last thing she wants is a babysitter, even if she can't keep her eyes – or her mind – off of him.

Zar's only looking for two things: revenge and a meaningful death. To get a chance at both, he'll have to bodyguard an impulsive hacker with the keys he needs to strike his enemy's heart. He never expected she might give him a reason to live instead.

As their virtual and physical words collide, passion and sparks threaten the walls they've built. But lowering their defenses increases the danger; without trust, they both might get exactly what they were looking for, and nothing that they want.