At long last, I had the chance to head to engineering, where Baker and April have lived an almost separate life from the rest of the crew – partly by circumstance (long hours and microgravity are not conducive to visiting the rest of the ship), and partly by design. Neither one of them really knows how to interact with others, and I couldn’t wait to tell the story of how these two clumsily uncover what love means and is for each of them.

For me, this was especially important since April is non-binary, and there simply isn’t enough non-binary representation in romance (or in media in general). Baker, meanwhile, doesn’t have much understanding beyond spaceships, and her early life has left trust as a rare commodity. The fact they keep trying to do the right thing for each other, and show how much they care without saying the words ends up being a recurring theme through See How They Run.

In this excerpt, April gives Baker a gift more precious than gold, as a sign of the growing levels of care between them:

Baker joined April at the bulkhead and waited while the pressure cycled down. They’d agreed to keep the air pressure in the section with the mice slightly lower, so air would always move from the high pressure to the low pressure area when the door opened. It was a simple way to contain the potential infectious mold limited to one side.

The hatch cycled open with a pop, and April hurried Baker through before closing it behind them. They turned to give Baker a shy smile. “What do you think?”

It took Baker a moment to notice the change in the room. Once she saw it, she wasn’t sure how she’d missed it. Two heavy blankets had been folded together into a kind of woolen cocoon. This in turn had been strapped to the wall with some of the webbing from the anchor points around the compartment. A third strap floated open, a buckle in place allowing the person in the cocoon to strap themselves in. And that was when Baker realized what it was – a bed. Makeshift, and crude, but to her tired eyes, a welcome sight.

“People have difficulty sleeping in microgravity if they aren’t used to it. It’s been proven that anchoring the sleeper actually provides a level of comfort and control for—”

Baker cut April off with a hug so sudden that it sent both of them tumbling together toward the curved wall around the power supply. “It’s incredible and I love it!”

She had actually been near the point of exhaustion for the last cycle; despite her best efforts, Baker had been unable to fall asleep, worried that she’d sink, or float away. Having an actual place where she could anchor down, and a pillow she could lay her head against, sounded like the best thing ever.

Want to know more? Be sure to order your copy of Pets in Space 6, which comes out in just Four Days! 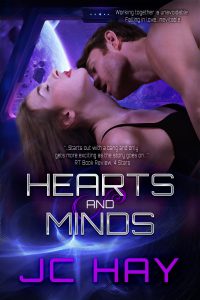