Forty years ago today (which really feels like it should be sung to the tune of the Beatles’ “Sgt. Pepper”), everything changed.

That sounds hyperbolic, but it’s not. My life can be neatly divided into two parts – the time before forty years ago, when I liked books and reading and high adventure. And everything that happened after I saw Star Wars for the first time. I still liked books, and imagination, and adventure, and dinosaurs. And I loved Star Wars. I told new stories about my favorite characters, acting them out with action figures. I fell in love with classical music, carried on the power of John Williams’ soundtrack.

I played in an orchestra because of Star Wars.

I write because of Star Wars.

Yes, there were other series. Other loves that came later. But they say you never forget your first, and for me that was 1977’s Star Wars (it hadn’t even been called A New Hope at that point). From the start, it was a show about relationships – Luke and his absent friends. Luke and his family. Han and Chewie. Threepio and Artoo. Obi-Wan and Darth Vader.

There was history there, a clone war, and a growing Empire. These weren’t things that were explained – at least at that point – and they gave the worlds a sense of weight. These places didn’t exist just for the time we saw them, but had been going on before we got there and would continue after we moved on.

I could write about how I ugly-cried at the perfect ending of Rogue One, or how I lost a week when Carrie Fisher – General Leia Organa – died.

Instead, I’m just going to focus on the central tenants of that first movie – hope and belief. Hope keeps our heads up when things are hardest, and belief gives us the ability to be more. Whether its writing and publishing a book, or hitting a two meter exhaust port just below the main port and triggering a chain reaction that would fell an Empire.

Thank You, Star Wars and George Lucas, for forty amazing years. I wouldn’t be here without it. 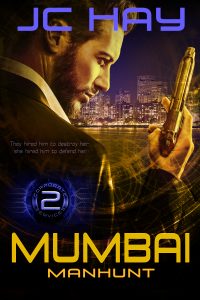